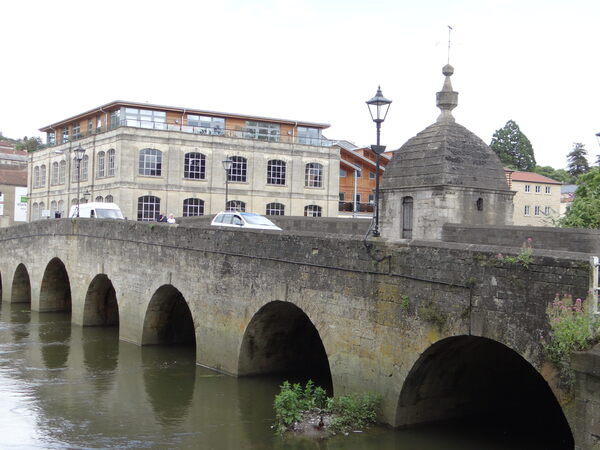 This stone bridge dates from the 13th to early 14th century. During that time, a chapel also stood on the bridge, later a single room was added that was used for a variety of purposes including a local jail.

The bridge is located at the center of Bradford on Avon, the focus of all the roads. An iconic symbol of the town, the bridge was chosen as the figure to represent several local organizations.

A bridge was mentioned during the time of Edward II, so it's possible the bridge was built during the early 14th-century to replace the broad ford that gives the town its name. Two arches from the bridge remain.