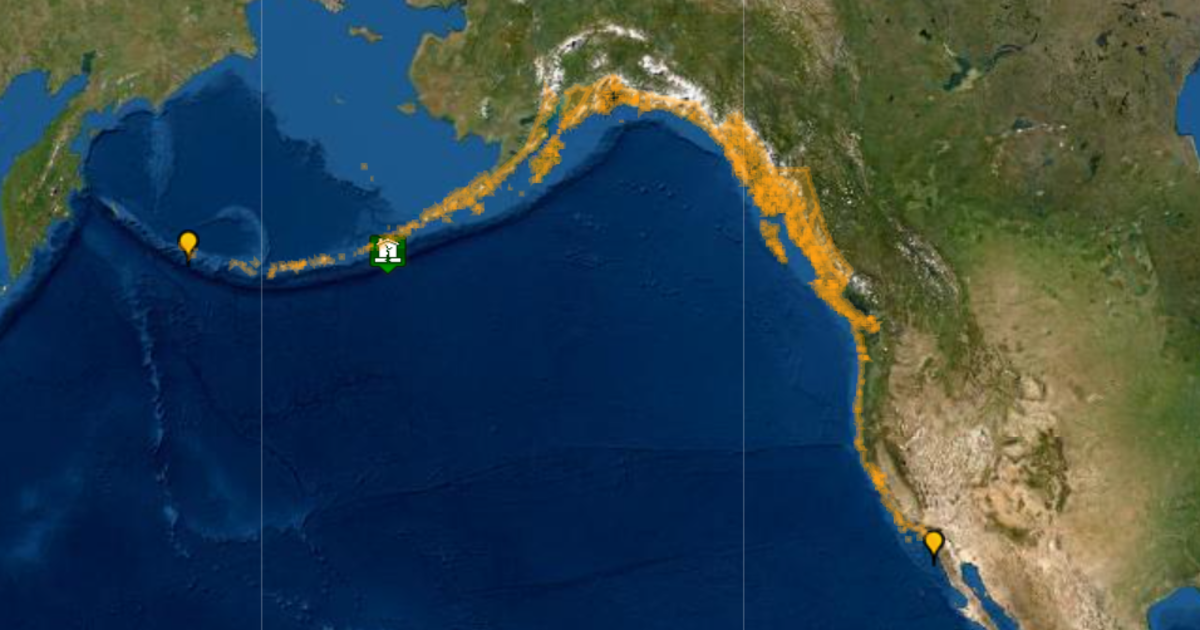 A tsunami advisory is in effect for the West Coast of the United States after a volcano erupted in the Pacific. "A tsunami has been confirmed and some impacts are expected," the National Weather Service's National Tsunami Warning Centersaid early Saturday.

A tsunami advisory is in effect for the following areas, according to the warning center:

The advisory was issued after an undersea volcano erupted Saturday near the nation of Tonga in the Pacific. A tsunami warning was in effect for all of the archipelago, according to the Tonga Meteorological Services, and 2.6 foot-waves were detected, Pacific Tsunami Warning Center data showed, according to The Associated Press.

In the U.S., the National Tsunami Warning Center said strong waves and currents are possible in areas under a tsunami advisory. "Some impacts may continue for many hours to days after arrival of the first wave," the center said.