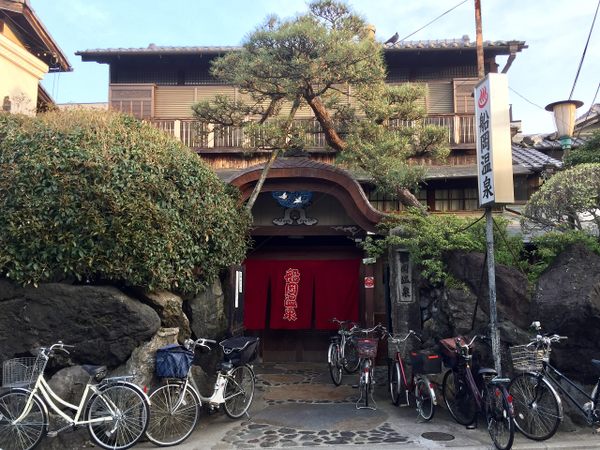 Funaoka onsen is not technically an onsen, since the water for the baths is heated in the building and not drawn from a geothermal spring. The Japanese government, however, allowed the bathhouse to use the word "onsen" in its name in 1933 due to the presence of the country's very first electric bath.

Electric baths, while not originating in Japan, are used as therapeutic devices in many public bathhouses throughout the country. It serves well to memorize the symbol for electricity (電気) so that you don't shock yourself accidentally! Funaoka onsen offers several other baths, including an herbal bath, a traditional cypress-lined tub, an extra-hot bath, as well as two outdoor baths, one hot and one cold.