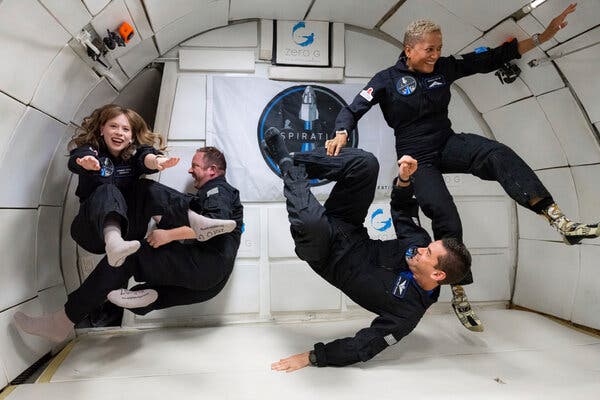 One is a 29-year-old physician assistant living in Memphis, a cancer survivor with metal rods in her left leg to replace bones destroyed by a tumor.

Another is a 51-year-old community college professor from Phoenix who fell just short of achieving her dream of becoming a NASA astronaut.

The third is a data engineer living in western Washington who was once a counselor at a camp that offered kids a taste of what it’s like to be an astronaut.

The fourth, 38, is a high school dropout who became a billionaire founder of a payments processing company. He is the one that is paying for a trip into space the likes of which have never been seen before, where no one aboard is a professional astronaut.

This crew of four is scheduled to head to space together, launching from the Kennedy Space Center in Florida on Wednesday at 8:02 p.m. Eastern time in a SpaceX rocket. They will orbit the planet for three days at an altitude higher than the International Space Station.