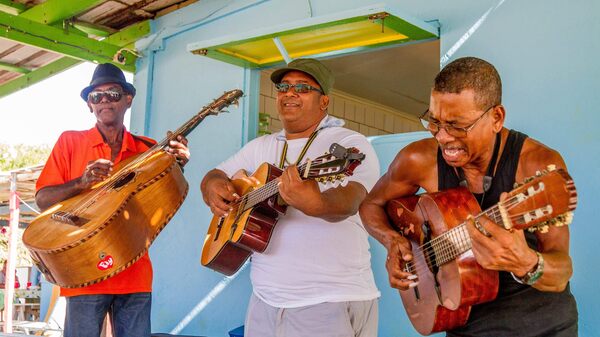 Like an athlete, Juan “Nochi” Coffie maintains a strict diet for two weeks before his big event. He shuns alcohol, goes to bed early, and starts collecting dried cactuses. He is preparing for a marathon—the 26 hours of gleeful musical mobs and soul-cleansing fire jumps that mark the festival of San Juan on the tiny, turquoise-fringed Caribbean island of Bonaire.

Every June 23 four villages on the island—Nikiboko, Nord Saliña, Antriol, and Rincon—erupt in song at 8 pm and the performances don’t end until 10 pm the next night. Roving musicians seek out islanders named Juan to serenade. The Johns, Juanas, Juanitas, and Johannas of Bonaire are also honored with a visit. Then, five days later, on the festival of San Pedro, the same tribute is paid to the Pedros, Peters, Pablos, Pauls, Paulus, Piets, Petras, Petricas, and Petronelias.