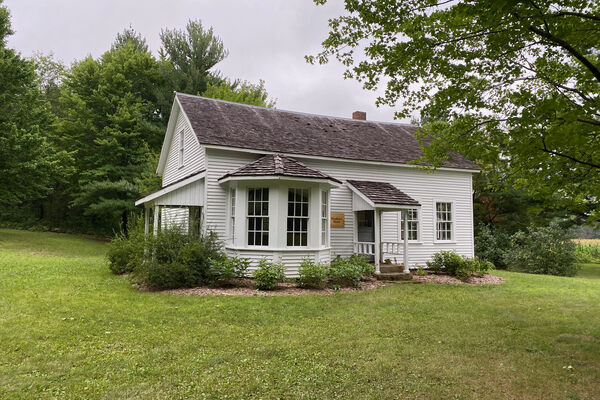 The Wisconsin frontier inspired many to tell stories about growing up in the wilderness. Carol Ryrie Brink captured some of her grandmother's, Caroline Augusta Woodhouse's stories about the period in her Newbery Award-winning book Caddie Woodlawn. Though some of the portrayals of Native Americans in the book are dated and misleading, the book offered a snapshot of the time.

Before Laura Ingalls arrived at the Little House in the Big Woods, Caroline “Caddie” Woodhouse lived in the Wisconsin woods and grew up living side-by-side with Native Americans. Her father, John V. Woodhouse is listed in tax and property records at the county courthouse as having received a grant of ownership signed by Abraham Lincoln.