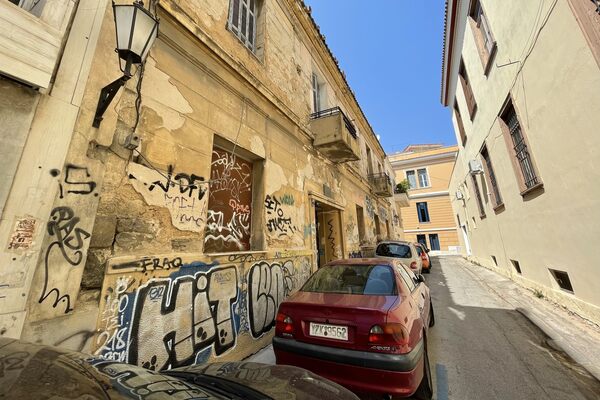 Born in Patras, Greece in 1859, Kostis Palamas attended high school in nearby Mesolonghi. After his graduation in 1877, he moved to Athens. Palamas enrolled at the University of Athens, but soon left his studies and pursued a career in journalism. His true passion was poetry, and after meeting other like-minded poets in the early 1880s, he co-founded the “New Athenian School of Poetry” or “Palamian School,” a group formed to advance the Greek literary movement.

Palamas published his first collection of poetry in 1886 and quickly became a leading literary figure of his generation. He returned to the University of Athens in 1897 and held a respected position there until 1926 when he left to dedicate more time to poetry.