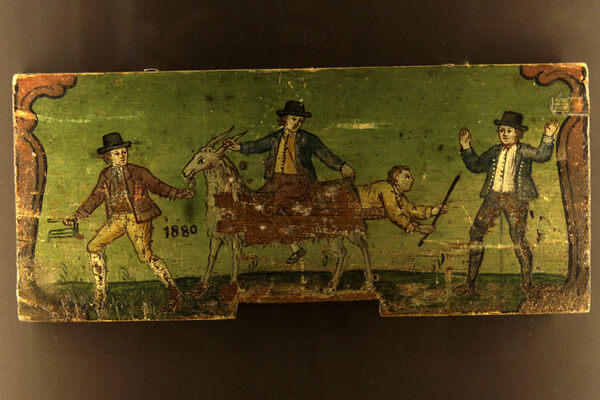 These panels are a unique part of Slovenian folk art. The tradition of painting the frontal panels of beehives is a unique Slovenian tradition. The Museum of Apiculture’s collection includes more than 800 examples and is the richest in Slovenia.

The oldest panel is dated 1758, depicting the Pilgrim Mary. This tradition was most actively followed during the 19th-century, roughly between 1820-1880, but it has faded during the 20th-century due to changes in beekeeping technology. In the past, beehives were made by beekeepers themselves. Sometimes the painted panels were bought from rural painters, sometimes they were also done by the beekeepers.