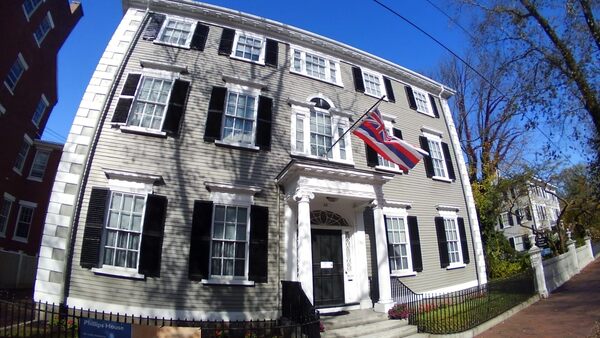 When visiting Salem, the most common attractions are those related to the witch trials of 1692. Multiple museums, numerous cemeteries, historic streets, and local markets cement the lore and legend of the city. However, not everything in Salem is related to the infamous trials and the Stephen Phillips House is a great example.

The story of the Phillips house begins with Elias Hasket Derby, a sea merchant and the owner of a fleet of privateers. At one point he was considered one of the richest men in the United States. When he died in 1799, his daughter Elizabeth inherited his farm and estate in the nearby town of Danvers. She and her husband Captain Nathaniel West moved into the estate, but West left after their divorce in 1806. Elizabeth passed away in 1814 and the estate was left to her three daughters. When one of them died in 1819, West inherited one-third of the estate.