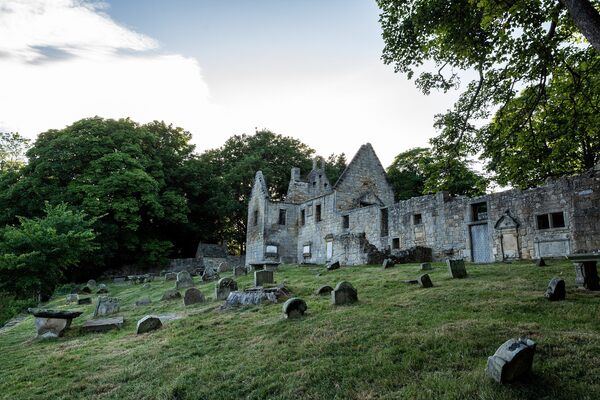 Situated between the coastal towns of Dalgety Bay and Aberdour on the shores of the Firth of Forth, lies the ruins of this historic place of worship. Historic records first note the existence of the church in 1178, and is thought it was most likely constructed around that time. It was in a Papal Bull written by Pope Alexander III that "The Church at Dalgety with its appurtenances" was first found in a public decree.

The church was later appropriated by Inchcolm Abbey. It was consecrated in 1244 and dedicated to Brigid of Kildare, one of Ireland's patron saints. After the Protestant Reformation of 1560, St. Bridget's Kirk was expanded with new features such as the tower house, octagonal stair tower, and aisles alongside the central pulpit.