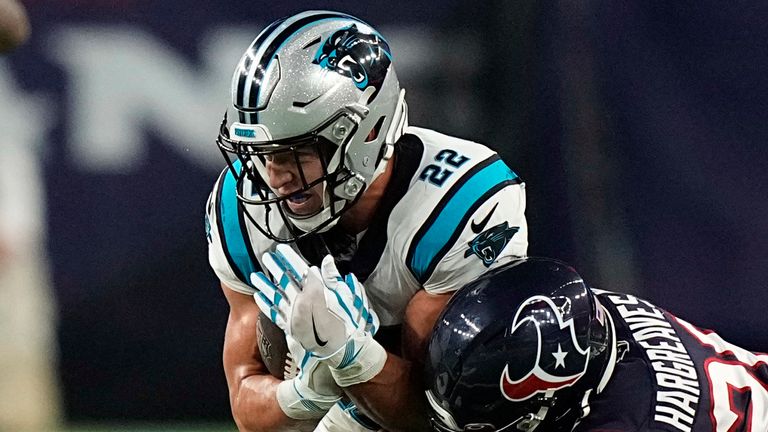 The Carolina Panthers overcame the loss of star running back Christian McCaffrey to a hamstring injury as they moved to 3-0 on the season with a 24-9 road win over the Houston Texans on Thursday night.

McCaffrey - who was limited to just three games over the 2020 season due to shoulder and ankle injuries - exited the game in the second quarter, with the Panthers leading 7-0 at the time.

The Carolina quarterback carried the team on his shoulders, throwing for 304 yards and finding the endzone twice on two touchdowns runs from down near the goal line.

Houston were competitive, limiting the Panthers to just one Darnold score in the first half as they went in at half-time trailing by just one, down 7-6, after rookie QB Davis Mills marked his first competitive start in the NFL with a touchdown pass to Anthony Miller.