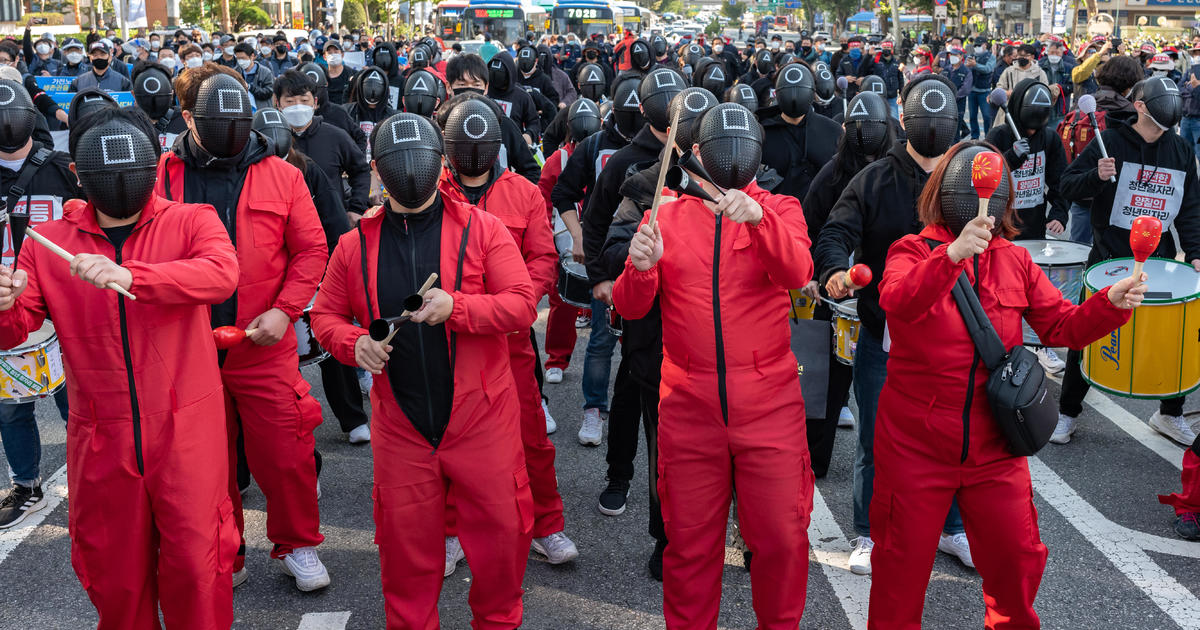 Seoul — Frustrated South Korean workers have sought to seize an opportunity presented by the huge popularity of Netflix's "Squid Game" to draw attention to their demands for better employment conditions. Thousands of people staged demonstrations in Seoul and elsewhere on Thursday, many in costumes inspired by the gruesome show that was itself inspired by the dire economic conditions facing many South Koreans.

"Squid Game," one of Netflix's most popular shows ever, is about hundreds of cash-strapped South Koreans lured into competing in series of simple games for a massive cash prize, but the penalty for losing any of the six stages is an instant and brutal death. It was inspired by the conditions for normal South Koreans following the global economic collapse in 2008.

The main character is the series, Seong Gi-Hun, is autoworker who lost his job when the company he spent years working for went bust. His flashbacks draw stark parallels to the real-life 2009 bankruptcy of the Ssangyong automaker, and the subsequent violent crackdown on laid-off employees who occupied its factory, demanding their jobs back.