Travel
A Deep Dive Into the Intersection of Art and Science With an Artist-at-Sea
Dec 03, 2021 | Atlas Obscura 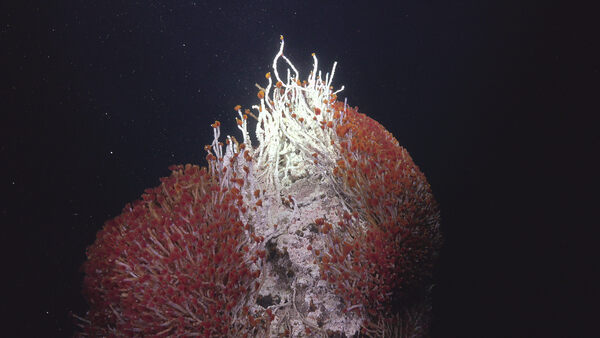 When the Schmidt Ocean Institute’s research vessel Falkor headed to the Gulf of California recently, it carried a typically wide-ranging crew. An international, multidisciplinary team of scientists planned to study the deep-sea environment of a depression known as Pescadero Basin, with depths of more than 12,000 feet. The basin’s unique hydrothermal vents—accessed by the team using the underwater ROV SuBastian—form elaborate calcite spires and spew clear fluid, unlike the “black smoker” vents found in the Atlantic and elsewhere.

Life thrives in this extreme environment. The researchers documented iridescent blue worms, mineral-munching anemones, and species that may be new to science. With SuBastian’s help, the team also collected rocks and other samples that may be critical to understanding more about the tectonic plates grinding below our planet’s surface. And watching it all with a keen eye was the expedition’s artist-at-sea, Ale de la Puente.