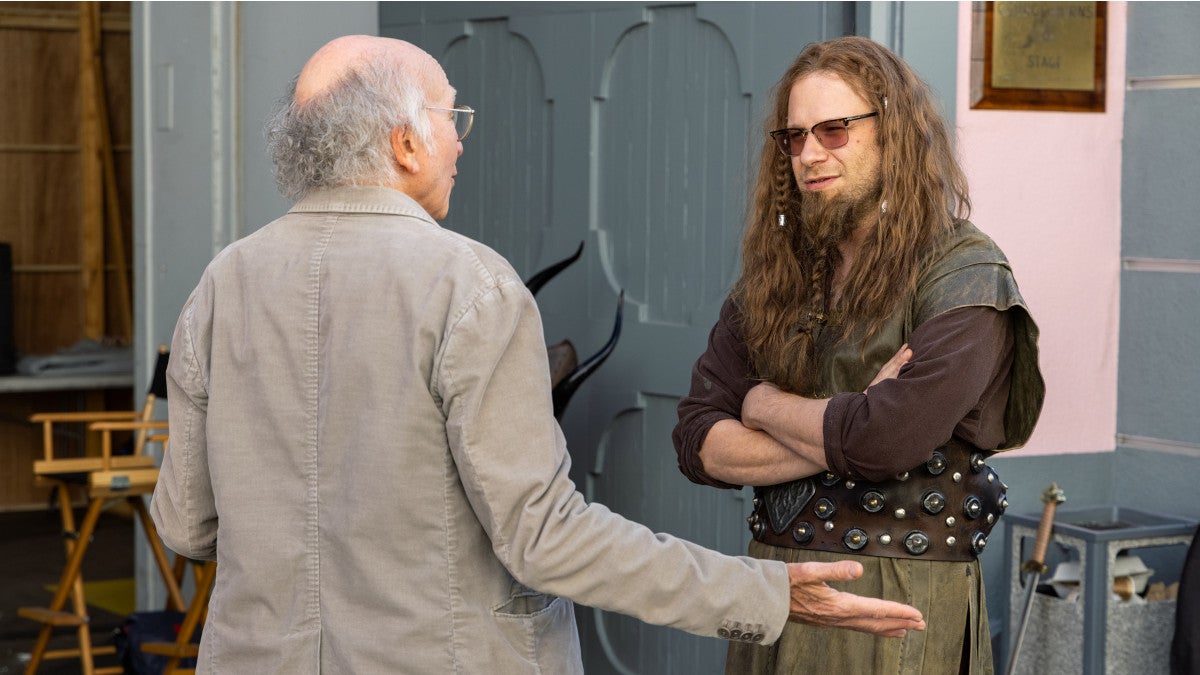 Larry David’s casting woes hit a new snag on this week’s “Curb Your Enthusiasm,” which saw him fighting with a female chauffeur and arguing with Seth Rogen in one of the season’s funniest scenes so far.

The fifth episode of the 11th season, titled “Man Fights Tiny Woman,” opens with Larry and Jeff returning from a flight to New York to continue casting their series which is close to landing Seth Rogen in a major role, but when they get to the lower level of the airport, they discover that Larry’s driver is a small woman. He refuses to give her his carry-on bag, and then at the baggage carousel refuses to let her pick his bag up off the carousel despite her many protests. Larry struggles to drag all of his bags to the car, and is wiped when he gets back home, having hurt his back.