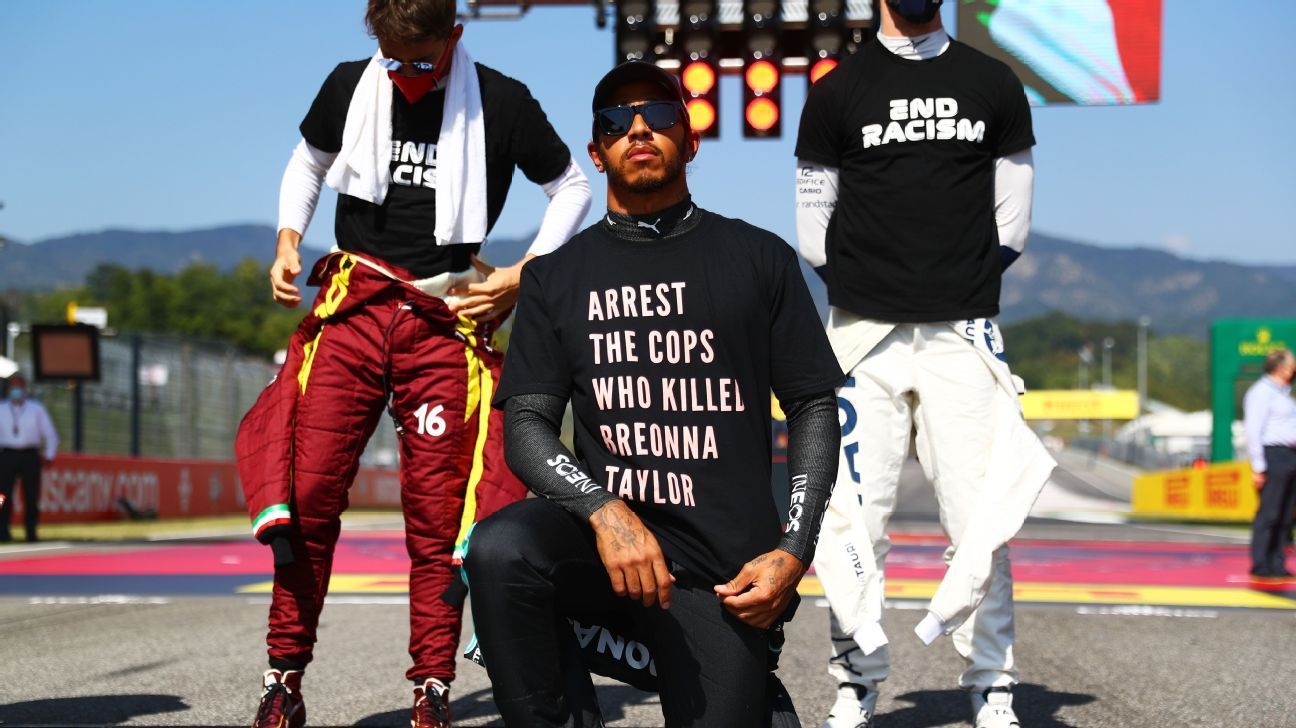 Lewis Hamilton is having a remarkable impact in Formula One. He's shattering records on the track - and setting new benchmarks once thought impossible - but also becoming a loud voice for social justice away from the sport.

Hamilton is a seven-time world champion pushing for an eighth title this year. He is also the only Black driver in the history of F1's world championship, which started in 1950.

Hamilton has also used this opportunity to wear t-shirts carrying slogans on them. These have been poignant, creative and thought-provoking in equal measure.