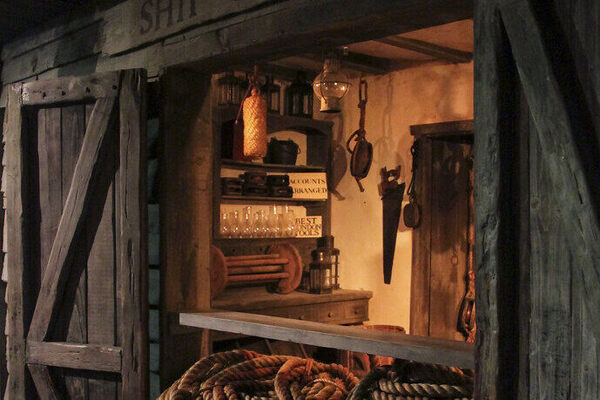 From the 18th century to the mid 20th century the docklands of the city of London were one of the principal hubs of British and world trade, a history that is documented and remembered in the Museum of the London Docklands.

Constructed by the London Dock company in 1799 as part of the West India Dock Act (and at the cost equivalent to $82 million dollars in today's money) the docklands were a powerhouse of the growing British empire where commodities from all over the world were imported. Thousands of tons of goods such as tobacco, grain, tea, spices, fruits, wine, rum, brandy, fish, and even exotic wild animals (destined as "pets" or zoos) were to be unloaded at the docks to await dispatch from the warehouses.