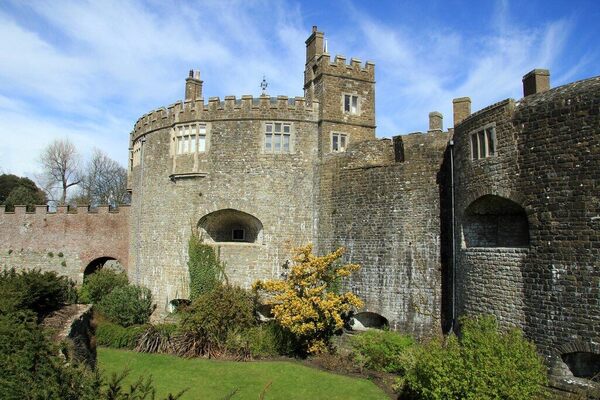 Just outside the Kentish seaside town of Deal stands the stalwart Walmer Castle, a structure that has borne witness to civil war sieges and political scandals.

The original castle was built around 1540 by the forces of King Henry VIII in response to threats from France and the Holy Roman Empire. It was one in a series of fortified structures constructed along the Kentish coast in the cinque port towns (towns of strategic military and economic importance). These castles were a new type of defensive structure, known as a "device fort," featuring a circular keep and several towers allowing for a greater array of artillery to be deployed against an advancing enemy in the event of a seaborne invasion.