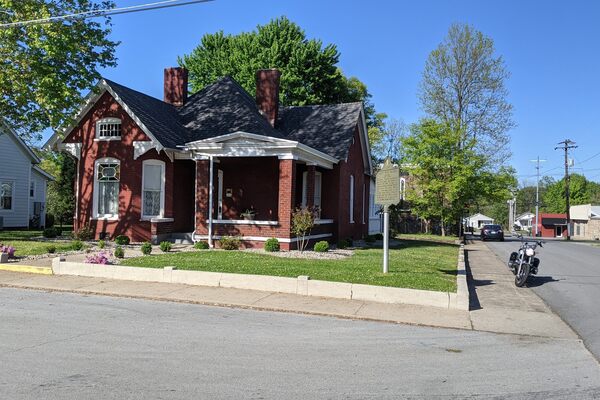 Guthrie is almost a ghost town— an old opera house that acts as an event hall for rent, a few homes, and empty storefronts with train nostalgia sprinkled around is all that remains. However, one home happens to be the birthplace of Pulitzer Prize winner Robert Warren.

Warren's first published novel was about local tobacco farmers' war against big tobacco companies. At the location are historical markers about this story on the main street near the house. All the King's Men published in 1946 won a Pulitzer Prize and was made into a 1949 movie that won Best Picture. A remake was released in 2006. He is the only author to have won the Pulitzer for both poetry and fiction.