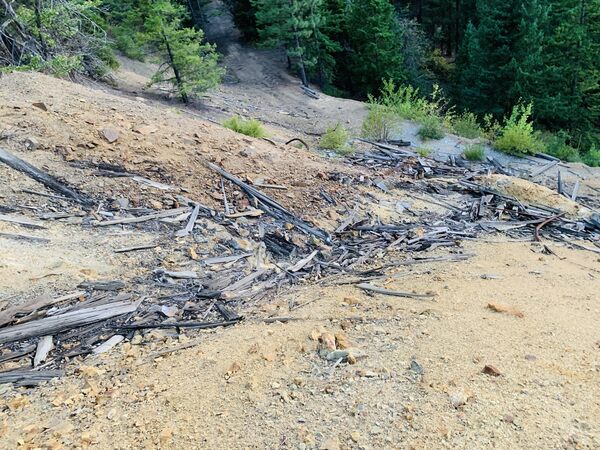 If you are into abandoned places, history, old mines, geology, or rockhounding then this is an easily-accessed location for an interesting day trip from Seattle. Historically associated with the Twisp Mining District, which is now part of the Okanogan National Forest, Alder Mine contains the remnants of a mining operation that dates back to the late 19th century.

Though the early history of this mine is not well documented, the property was acquired by the Alder Group Mining and Smelting Co. in 1903. Alder Mine was active off and on from about 1910 to 1953. During that time, miners extracted about 35,000 ounces of combined gold and silver, approximately 1.3 million pounds of copper, and 686,000 pounds of combined lead and zinc.