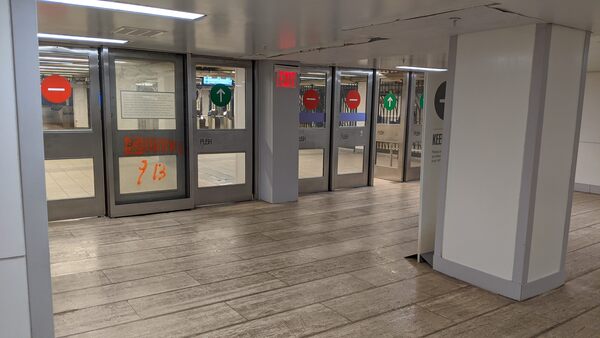 For nearly three decades, 5 p.m. on a weekday has meant thousands of commuters leaving the World Trade Center Complex and heading down into the warren of transit tunnels below. After the destruction of the Twin Towers on September 11, 2001, those hordes of commuters have never been quite as large, but they have been remembered in a small way thanks to a subway exit left intact from those days.

The neighborhood is home to a number of subway lines, a few of which run directly underneath the World Trade Center. The Cortlandt Street 1/9 station was completely destroyed, but other stops suffered more moderate amounts of damage, leading to concerns of survivors under the rubble.