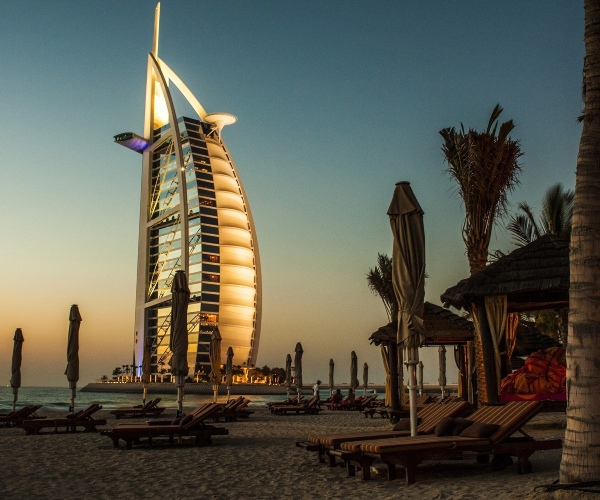 With an achingly beautiful coastline, the Middle East is blessed with continuously spectacular landscapes within which a melting pot of fascinating culture beckons. Increasing in popularity to explore by yacht, the Arabian Gulf is home to some of the most incredible sights, magnificent architecture and extraordinary splendour. Offering sparkling seas and powdery shores, the lure of majestic cities, ancient mosques and bustling bazaars deliver an abundance of adventurous opportunities. A getaway by yacht brings a whole new perspective to this treasure trove of discovery.

Capital city and largest of the seven Emirates that make up the UAE, Abu Dhabi is filled with magic. Translated from Arabic as “father of the gazelle”, Abu Dhabi is the country’s political and industrial hub as well as being steeped in history and culture. A city of contrasts, the minarets and domes of traditional mosques are nestled amongst contemporary skyscrapers and luxury hotels, with the neighbouring rolling desert dunes dotted with camel trails proving a constantly popular attraction. This cosmopolitan location boasts one of the lowest crime rates in the world as well as the highest per capita income.