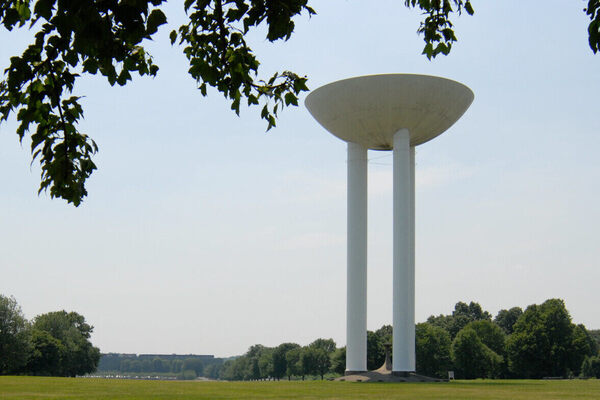 This water tower commemorates the invention of the transistor in 1947. The transistor was invented by William Shockley with his assistants John Bardeen and Walter Brattain.

Early computers like the ENIAC with its 18,000 vacuum tubes were down almost half the time due to tube failures. New minicomputers could now be made and IBM, a calculating machine and tabulating company started building computers.  Radios could now be made portable and car radios became common. The transistor also became the heart of the integrated circuit and of the computers and mobile devices we use today.