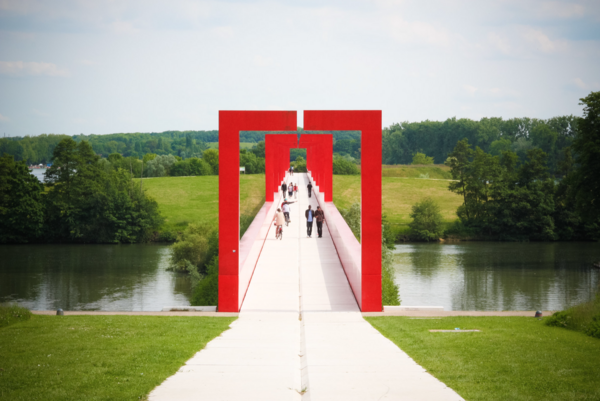 This piece of public art stretching over three kilometers long stands just outside of Paris. Construction began on the immense work of art in 1980 and was not finished until the early 2000s—some pieces are still considered works in progress.

Axe Majeur (Major Axis) was created by Israeli sculptor Dani Karavan. Working with Spanish architect Ricardo Bofill, Karavan designed a piece of art that combined large-scale sculpture and urban planning. The piece is divided into 12 stations, which include the 36-meter tall Belvedere Tower, an orchard, a garden, an amphitheater. In the Esplanade de Paris, 12 columns to mirror the 12 segments of the whole piece. One of the most striking features is the long footbridge, painted bright red. The bridge leads to the perfectly round "Astronomical Island."