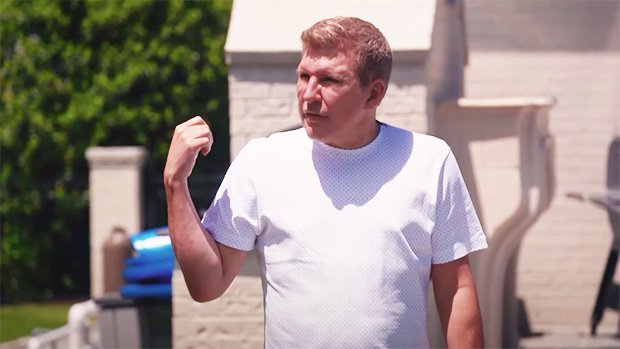 Todd Chrisley is trying to take his anniversary with Julie Chrisley to the next level with the gift he bought for her: a new car! He stops by Savannah’s place to pick up the car in this EXCLUSIVE preview of the October 21 episode of Chrisley Knows Best, but Savannah doesn’t know what he’s talking about. She hasn’t had any deliveries.

Chase tells Todd that he was “vague” about the gift from the star. Todd is “not in the mood” for these antics from Savannah and Chase. He needs to know where the car is. “Let’s be adults about this, okay? It’s gone,” Chase says. Savannah adds that she had the car towed! Todd tells his kids they “better not be messing” with him about this.