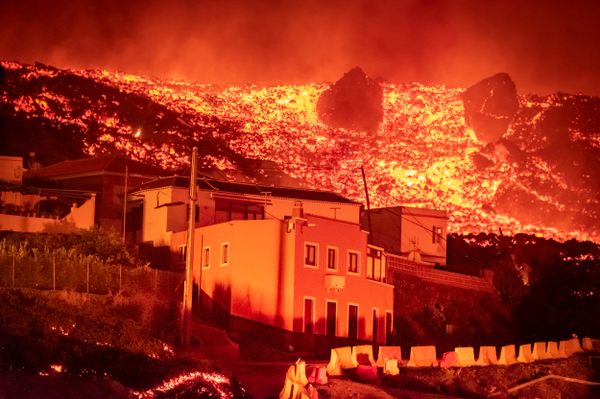 For those who celebrate it, Christmas once again carried an air of uncertainty in 2021 due to the pandemic. But the residents of the Spanish island of La Palma had a notably different experience: release, relief, closure. "What I want to say today can be said with just four words,” said Julio Perez, the Canary Islands regional security chief on Christmas Day. “The eruption is over.”

After three months of being besieged by an intense volcanic eruption, the best gift was a welcome dose of apparent certainty.

A collective sigh followed. The eruption, which began on September 19, was a masterclass in infernal devastation. Streams of molten rock, sizzling at almost 2,000 degrees Fahrenheit, scorched a path from the Cumbre Vieja volcanic ridge west toward the sea, hissing when it encountered water and generating billowing plumes of acid, steam, and volcanic glass. Lava fountains easily eclipsed the height of the world’s tallest skyscrapers, raining dense, hot spatter across the island. Occasional explosions, which seemed to almost fracture the air itself, blasted lava bombs into the sky. Corrosive rain showers fell.