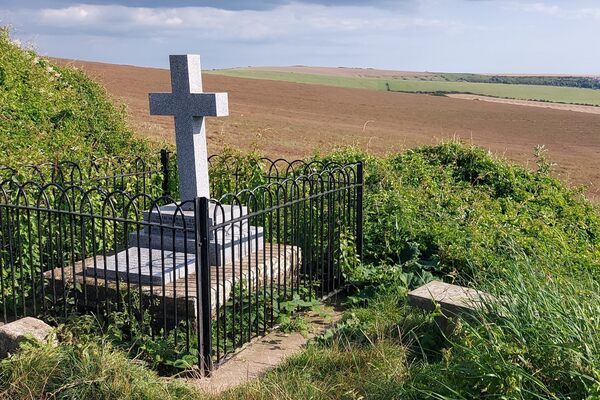 High up in the South Downs National Park, almost covered by shrubbery, is a small, solitary, and unexpected monument. It is known as Harvey’s Cross, because it is dedicated to a horseman called John Harvey.

Harvey’s Cross started life after John Harvey suddenly died on this very spot in 1819. It is unknown exactly how he died, although it is thought to either be a hunting or horse riding accident, or a heart attack. Rather ironically, it is thought he was staying at the Green in Rottingdean because he was on a trip to the area to improve his health.