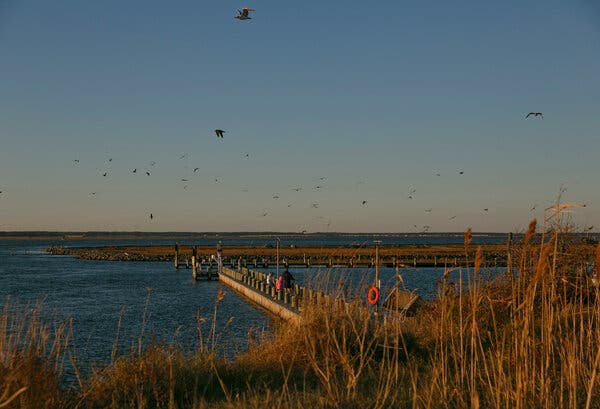 On the marsh-bound causeway to Chincoteague Island on Virginia’s Eastern Shore, cars and their drivers seemed to float across the still waters of Queens Sound. As I made my way across, I thought of how, in centuries past, skiffs drifted through the region’s bays, channels and coves in search of shellfish. Back then, before fish-farming became popular, the land itself functioned as a sort of natural pier for its residents who wrangled clams and oysters and terrapin, as thick as treasure, from beds in the brackish water.

My visit to Chincoteague last September was part of an exploration of an American tradition rich in history and lore. A few weeks after that trip, I would head to the opposite side of the Chesapeake, to Leonardtown, Md. — home of the St. Mary’s County Oyster Festival and National Shucking Competition. On my journey through the region, I wanted to delve into something that had been a part of my childhood: the culture surrounding oysters. I was curious about the difference between the tradition, here, along the eastern Virginia coast, and in places like New York City and New Orleans, where I’m from. As an African-American and native Southerner, I also wanted to explore how Black culture figured in — to see if the world of oysters reflected something larger about the American experience across racial lines.