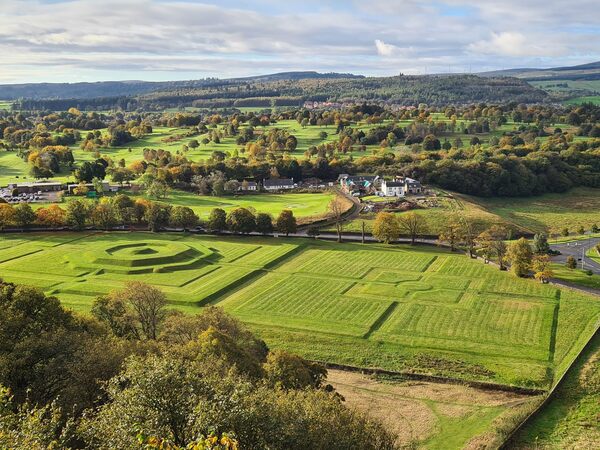 The King’s and Queen's Knots can be found in the grounds of the ancient King’s Park nestled beneath the towering mass of Stirling Castle. This area was Crown property from at least the 1100s. It was the area where Scotland’s royalty took part in activities such as hunting and jousting.

King’s Park is first mentioned in 1190, when it was referred to as the "Aulde" park.  This park was enlarged to become the "Neu" park in 1264.  At this time the park was enclosed and managed for deer and fox hunting.

The park then had a major period of development between 1490 and 1508, with the creation of ditches, orchards, fish pools, and a vegetable garden. More than 1,000 trees were planted in the area in 1497. The earthworks known as the King’s and Queen's Knots were originally part of these formal gardens.  However, when the royal court moved south in 1603, the gardens were abandoned and as nature took over they became neglected and overgrown.