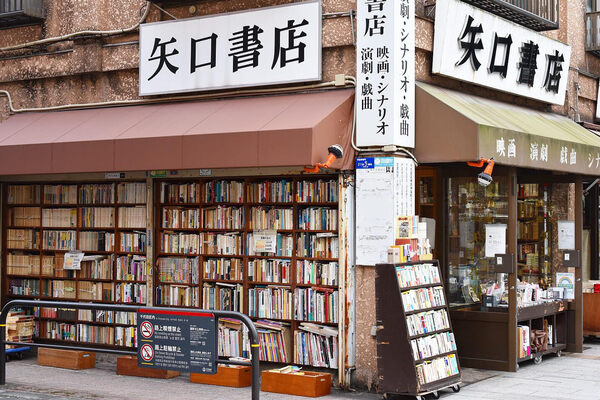 Jimbōchō Book Town is one of the world's oldest surviving and largest-scale book towns, perhaps second only to Kaifeng, China. There are said to be at least 400 bookstores in the district, accounting for over one-third of secondhand book sales in Tokyo.

The book town can trace its roots to the early 1880s when several law schools were founded in the Kanda-Jinbōchō area. This was followed by the opening of several bookstores that served the needs of the students, many of whom sold off their textbooks by the end of the semester. Freshmen would come to buy cheap secondhand textbooks, and this tradition went on for years.