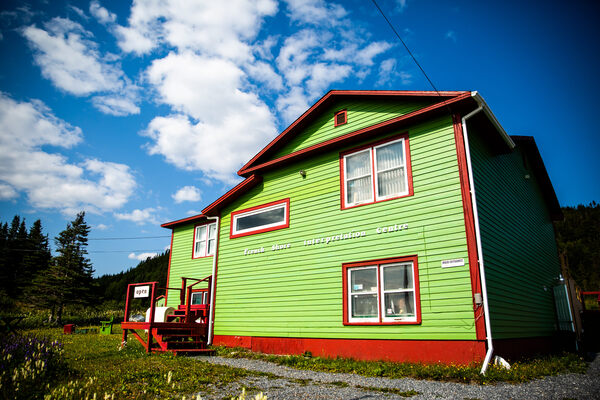 In the tiny village of Conche, on the remote eastern shores of Newfoundland’s Great Northern Peninsula, a former nursing station houses this small museum about the history of this corner of the island. Harpoons, nets, lanterns, and other objects accompany photographs and descriptions of the inshore fishery, tales of self-reliance in harsh conditions, and the process of salting cod for export around the world. Especially poignant are the glimpses of daily life.

One display, “Passing the Time,” includes black-and-white photos of people step-dancing at a kitchen party, with quotes about the warmth of community in “outport” villages, unconnected by road to the outside world. “In the old days, you’d go out and around visiting. Everyone would sit around and have a real sing,” reads one quote. Other sections focus on hard times, dealing with isolation and extreme weather conditions. Accessing medical care sometimes took several days by dog team or boat, and villagers had to make everything themselves, from shelter to clothing. “She’d be up till 3 o’clock in the morning spinning,” according to one man’s recollections, featured in the display. “And she’d be up again at daylight in the morning. Yes, sir.