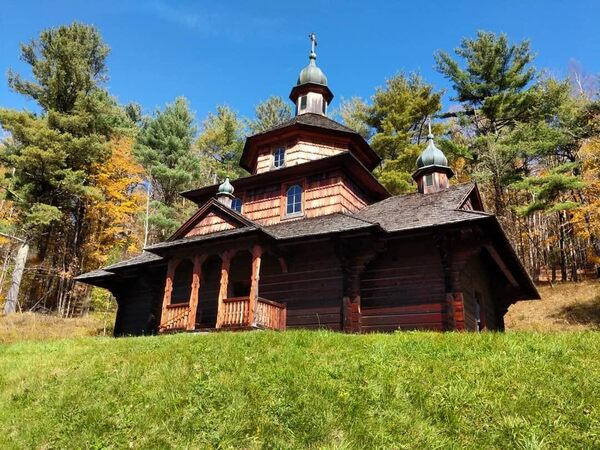 On August 14, 1960, former professional Ukrainian soccer player John Kobziar invited some of his neighbors to his home in Hunter, New York. The meeting that took place that evening became the first of the "Temporary Committee for the construction of the Ukrainian Catholic Chapel in the Vicinity of Hunter, NY." Together, the group raised the funds to build what is known today as St. John the Baptist Ukrainian Catholic Church.

Construction began on the chapel and grazhda, or parish hall, in 1961 and was completed in 1962. Both structures were built entirely without nails following Ukrainian vernacular architecture and folk art principles. An offshoot of German blockwork or log construction, the church was built according to traditional Ukrainian solid log or timber building.