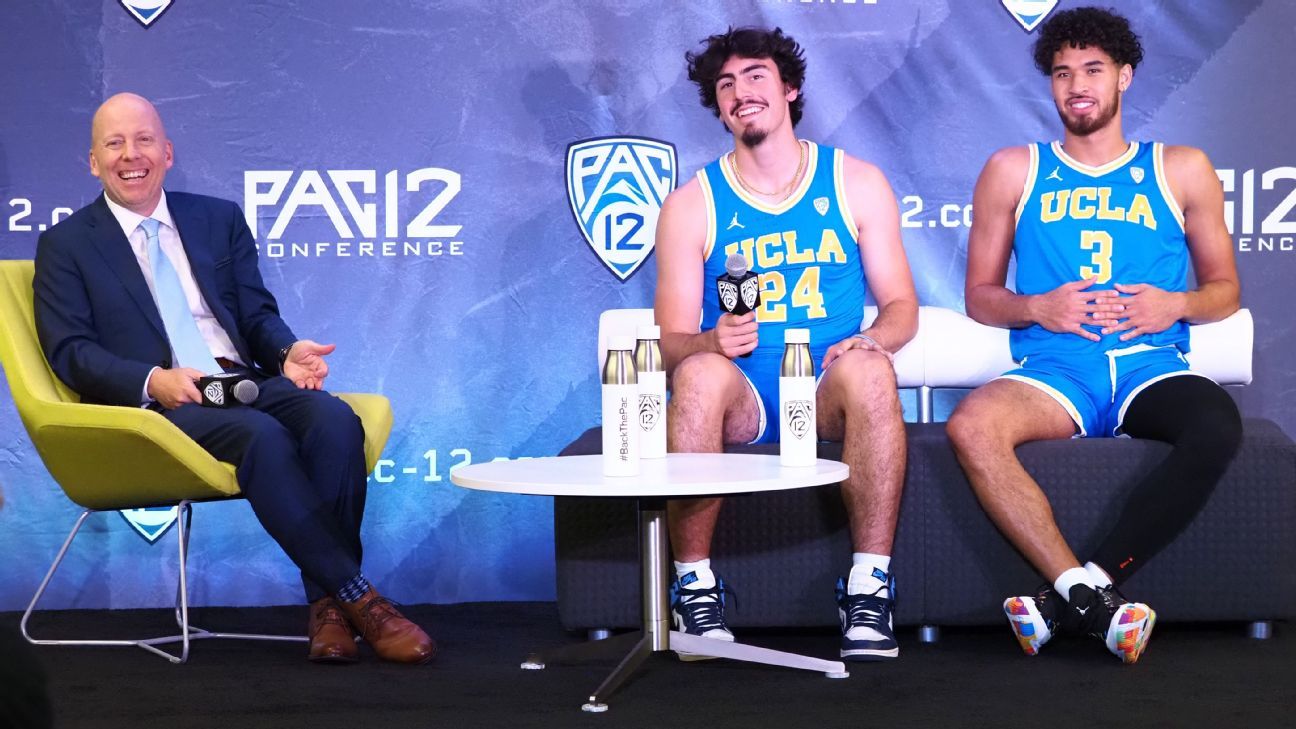 As the countdown continues to the start of the 2021-22 college basketball season on Nov. 9, ESPN.com's panel of experts is making its predictions for all of the nation's top leagues. After taking a look at Gonzaga and the best teams from the mid-major conferences (Atlantic 10, C-USA, Ivy, MAC, Missouri Valley, Mountain West, SoCon, Sun Belt and WCC), followed by Memphis, Houston and the AAC along with the Villanova-dominated Big East, we continue our series with the Pac-12 Conference.

The UCLA Bruins were little more than an afterthought as March began last season. By April, they were a phenomenon. Mick Cronin & Co. outlasted Michigan State in an epic First Four game and carried that momentum all the way to the Final Four, where they fell to then-undefeated Gonzaga in one of the great Final Four games of all time. With most of their core back in Westwood, the Bruins and their fans have designs on a record 12th national championship. But will this squad be consistent enough to get there? Will a still-talented Oregon squad show its superiority in the Conference of Champions? And what of USC, Arizona and other intriguing Pac-12 teams that are unlikely to go quietly.