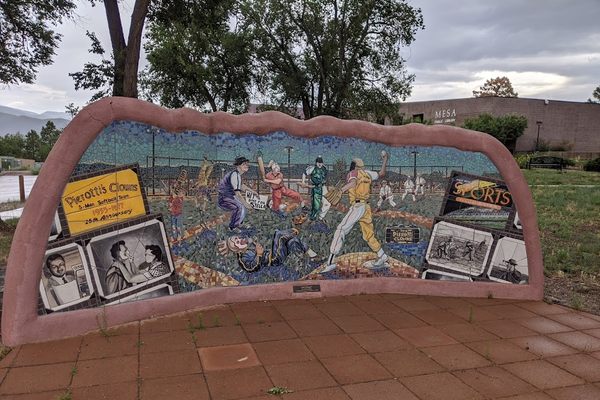 Los Alamos in 1953 was a very serious town. While its existence to the world had been made known by this point, it was still a closed city, surrounded by security fences and guards. Lou and Lee Pierotti ran the local soda fountain and were looking for an entertaining way to pass the time. Lou was a gifted softball player and proposed forming a five-man amateur softball team. It was Lee who suggested that the players dress as clowns. This way, if the team ever lost, they could claim they were simply “playing around.”